On a rainy day, umbrellas become our most trusted friends. Therefore, we thought that you might enjoy some not-so-well-known interesting facts about umbrellas, our handy helpers.

Some people don’t find umbrellas to be that interesting or useful. However, others like us, use them every day. They are a part of our routine. Just like in many other countries where umbrellas are a necessity, the average UK citizen rarely leaves their home without one. We have them in our bags, cars, homes, and offices. Furthermore, having just one umbrella is rare and weird. What if it breaks? What if you lose it? Anyway, here’s the first interesting fact about umbrellas for you – did you know that the National Umbrella Day is February 10th? Seems fitting, as you’ll most likely need an umbrella on that date.

A Long, Long Time Ago

When we say the word “umbrella”, what comes to mind? Rain? Cloudy days? Wetness? Those are all valid associations, considering that the primary purpose of the modern day umbrella is to protect us from the rain and snow. However, that wasn’t always the case. In fact, in ancient times, umbrellas used to be associated with the sun. Moreover, that’s how they got their original names.

The name of these handy devices stems from the Latin word “umbros”. That means shadow or shade. In other words, we have the sun to thank for our umbrellas! However, the English language quickly changed the context of the word “umbros” from “shade” to “shield”. That’s not exactly surprising, given our rainy weather. Thus, we got the “umbrella” — a shield made to protect us from the rain.

Before umbrellas became what we know and love today, they had a different purpose and name. In ancient Egypt and Assyria, over four thousand years ago, people used umbrellas, or parasols, as they were known back then, to shield themselves from the sun. However, these umbrellas weren’t waterproof like their modern counterparts.

Nobody really knows who made the first parasol, or when. People have needed sun protection since the dawn of time. Therefore, it’s only logical to assume they’ve been around for a while. Probably for as long as the human race and the need to protect ourselves from the elements.

Back in the day, not everyone could afford a parasol. It was a symbol of wealth back in ancient Egypt. Only the powerful could shield themselves from the sun, and, consequently, from the Gods. And like any other status symbol, parasols were far from simple. Artisans competed to make the most intricate and beautiful parasol for the rulers and the members of the ruling families. Parasols were often unusual, exotic, and very complex.

Ancient China had similar views on parasols. Rulers, royalty, and wealthy officials carried complex parasols around. Well, their servants carried the devices for them, but, you get the picture. However, the people of Ancient China had to deal with a lot more rain than the Egyptians. Therefore, they made their parasols waterproof, to shield them from the rain as well as the sun. While the Egyptian parasol makers aimed for an intricate design, the Chinese had a “go big or go home” attitude. Their parasols were multi-tiered. They sometimes had up to twenty layers of sun and rain protection.

On the other hand, in ancient Greece and ancient Rome, the “less is more” attitude was paramount. Back then, much like today, small, foldable parasols were all the rage. Furthermore, they were more widespread than in Egypt and China. However, they were still a status symbol, and they were favourite accessories of wealthy ladies.

Although umbrellas are an ancient invention, they didn’t become popular and widespread in Europe until the middle of the 18th century. Before that, people considered them to be a useful accessory for the fairer sex.

However, one man put a stop to that. We can thank Jonas Hanway, the Englishman brave enough to strut around town with an umbrella on his arm. His bold choice quickly became famous and more and more men began to carry umbrellas with them. Soon after, these devices became popular across all of Europe, and it was no longer a faux pas to carry one.

After this umbrella revolution, people of both sexes started carrying them around. Artisans usually used green or blue silk to make them. In those times, it was customary to hold an umbrella in the middle of the shaft and to point to the ground with it.

The 20th century brought us many technological advances. Some of them improved the design and usability of umbrellas. New mechanisms and materials allowed for the umbrella we know and love today.

Today we have a huge plethora of umbrellas to choose from in all styles and colours. There are traditional umbrellas, automatic ones, golfing umbrellas and even seat umbrellas for those who need a bit of assistance while walking. Furthermore, more modern-looking bubble and storm umbrellas are also popular today. Whichever type of umbrella you choose, you are making a fashion statement with it. Much like in ancient times, the design and complexity of umbrellas vary. However, they are now accessible to everyone.

There Is A Place For Umbrellas Everywhere

Today, umbrellas do so much more than just protect us from the rain. They are statement accessories and are used in various sizes for a whole variety of different purposes. Let’s not forget the tiny mini umbrella you get in exotic cocktails and mixed drinks!

Furthermore, umbrellas became a common motif in many works of art. Many old masters featured them in their masterpieces. However, modern artists are drawn to umbrellas as well. In contemporary art forms, such as photography, artists use umbrellas as more than just motifs. They also make great equipment, and photographers use them as light reflectors

The Wonder Of  Modern Umbrellas

Not unlike many other items of current times, modern umbrellas originate from China in the sense that the majority of these items are made in Chinese factories. There’s one town in China, Shangyu, that’s home to over a thousand different umbrella factories.

Modern umbrellas are waterproof. They protect us from the rain thanks to the Teflon that factories coat them in. Furthermore, you can use them as weapons, as they are often sturdy and durable. However, we don’t recommend this. But if you ever find yourself in a pinch, you can use them for both offence and defence.

For defence, it’s best to use a Kevlar-coated umbrella. That isn’t an everyday item. The first person to have used it for protection was the former French President, Nicolas Sarkozy. You can also use umbrellas as weapons, especially if you customise them. Members of various secret services around the world have umbrellas with hidden blades, usually in the handle. 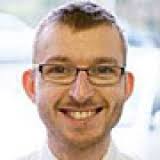 As the founder of GoPromotional, with over 25 years of expertise, Gareth has developed an enviable industry reputation. Many see him as the leading, trusted authority on promotional products. His inspiring articles and content help clients when deciding on their next promotional merchandise order. With an entrepreneurial mind, Gareth has his finger on the pulse of our UK operations. He oversees digital marketing, technical operations and inspires the team with his vision. He takes great pride in the company and the 5* service we provide our customers. In another life, he would have been a star Quidditch player!

Connect with Gareth Parkin on LinkedIn

Trust Us and you'll be in fantastic company